Thanks to Technology, Woodworking Is Now More Sustainable

Despite being a sustainable building material, wood leaves a significant carbon footprint when used commercially. Indeed, wood production hurts many forests, prompting some individuals to choose other materials or reclaimed wood instead. But thanks to technology, woodworking has been made more eco-friendly.

TreeChain Network, an Australian company, addressed the disappearing ecosystem by starting a global campaign: planting 110 million trees in 11 hours. If this were done before the information age, reaching the goal would be outright impossible. But since we now have smart technology, the Internet of Things, blockchain, and wireless sensors, the campaign was immediately launched in 50 countries.

When combined, the technologies mentioned can develop a tree network across the world and restore a balanced ecosystem in a way that wasn’t possible before. Planting 110 million trees in 11 hours may still sound a bit far-fetched today, but if you heard about blockchain, you’d say otherwise.

Blockchain is a specific type of database that stores data in blocks that are then chained together. Blockchain data can build a new platform that will help thousands of tree-planting campaigns be sent to millions of people all at once. As a result, a campaign to plant 110 million trees can end up with a billion trees planted. Sure enough, the TreeChain platform is the key to having 11 billion new trees planted and digitizing 50% of the world’s trees.

Reforestation can resolve ecosystem disruptions and provide more wood, fruit, and medicines to industries. As such, it can boost the productivity and resiliency of supply chains. Thanks to technology, we can replant trees easier and faster and spread campaigns with a single press of a button.

After the Great Chicago Fire of 1871, wood was deemed an unsafe material due to its poor fire resistance. It paved the way for more modern structural materials, concrete, and steel.

Yet wood remained to be a more sustainable choice as it was renewable. To resolve its poor fire resistance, massive timber, or mass timber for short, was introduced. It’s composed of pieces of softwood — such as pine, cedar, spruce, or fir — or sometimes deciduous species (birch, ash, and beech) stuck together to form larger pieces.

For this mass timber type to be created, lumber boards are trimmed and kiln-dried, then glued atop one another in a crisscross layer. Stacking boards of cross-laminated timber can create large slabs up to a foot thick and 18 feet long and 98 feet wide. This allowed manufacturers to produce more slabs without using up as many trees.

Surprisingly, mass timber is just on its way to America. Since its development in the early 1990s, it has only been used in Austria and around Europe. The material came to North America only in the 2010s, then became incorporated into the International Building Code (IBC) in 2015. It wasn’t until 2018 that mass timber was recognized in the U.S., but it was just formalized in the newest IBC this year.

Cutting and engraving wood used to be time-consuming and wasteful until laser technology was invented. A high-quality laser wood engraving machine uses less energy and resources. Yet, it delivers more precise and sophisticated outcomes.

Moreover, the laser doesn’t leave any ink on wood. It is known that ink is made from nonrenewable substances that can be toxic. Hence, by excluding them from woodworking, the process can also be safer.

Lasers can also work on an extremely small scale, so various industries find it more cost-efficient. And sure enough, one of its main benefits is a quicker turnaround, enhanced innovation, and waste reduction.

Furthermore, laser technology itself is used to study rainforests. This can help wood manufacturers analyze their impact on the environment and campaign creators track down their projects’ progress.

Technology helped us recycle wood products more efficiently, preventing their buildup in landfills. It also enabled us to upcycle old wood products, such as furniture, and re-sell them online. Upcycling is similar to both recycling and reusing, but it involves giving a new look to the furniture so that it’d sell for a fair value.

And of course, technology also improved the ways we reuse wood products. A quick Google search would give us numerous ideas about a new purpose an old wood product can serve. With information available at the tips of our fingers, we can make sustainable choices easier, and woodworking can contribute to reforestation efforts instead of doing the opposite. 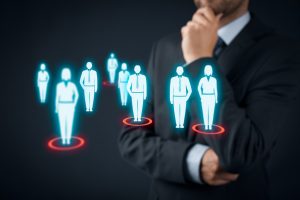 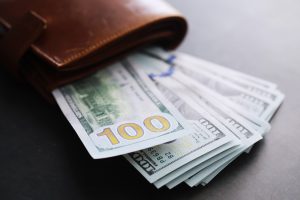 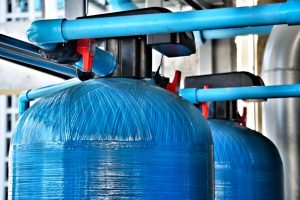