5 Advances in Technology That Revolutionized the Film Industry

Technology has conquered all the territories, and cinema is one of them. Over the past 120 years, the changes have been so grappling that the movie industry hasn’t looked back. Lumiere and Auguste were two French brothers who first came up with the invention of a series of short 50-second films in 1895.

Their invention has only led the industry going forward. Moreover, this art of storytelling has made advances not just in terms of production but also in the way in which the audience has enjoyed it.

Let us quickly jump in to know what went great in the movie industry revolution.

A historical fact: Lumiere and Auguste’s cinematograph came into appearance at a scientific conference held in 1895. At the venue, they projected their film The Arrival of a Train at La Ciotat Station. It is alleged that the projection seemed so real that the audience ran away from the screen. Isn’t that fascinating?

Cinematography has evolved with the invention of new tools and technologies. The digital facet that we are in took off only after the 2000s. However, digital became the prime medium in 2010, which has allowed the cinematographers to maintain better control of the camera.

Besides, the ever-evolving fresh angles make any scene a treat to watch. With time, bulky cameras have encountered permanent goodbyes while welcoming the portable ones. At present, digitization has led to some wonderful and handy innovations such as the smartphone filmmaking gear where an entire feature film can be shot on iPhones.

Projecting sound with the moving picture wasn’t the idea that production houses zeroed in before the 1900s. The era of silent films (Charlie Chaplin, Rudolf Valentino, and many more) continued for the longest time.

The use of titles between the shots and slapstick by various movie production companies became famous. The introduction of Vitaphone allowed recording soundtracks and later projecting them with moving pictures.

The Jazz Singer was the first motion picture that featured musical scores with dialogues in 1927. With that, the movie industry went onto better technologies like Movietone, Mono, Dolby, and now, Dolby Atmos.

You can’t deny the impeccable power that Disney had on our lives. With that in mind, Disney’s advancements have been pioneering for the animation filmmaking sector. It all began with Steamboat Willie in 1927 and much to our interest, that was when our beloved Mickey Mouse was introduced.

Also, the use of a multiplane camera, which was first used in Snow White, revolutionized the scenes’ depth and gave a realistic touch. Besides, not just the movie industry but brands too are jumping on the animated bandwagon.

Starbucks recently took the art of storytelling on another level by creating an animated web series’ 1st and Main. How amazing!

This needs to be talked about separately because creativity is setting the bar high. Earlier, the films did not have CGI. The first use of CGI dates back to 1973 with the release of a sci-fi Westworld. It introduced the world to 2D technology.

But just three years later, in 1973, its sequel Futureworld brought in 3D technology to the masses. Since then, the audience has been glued to this gripping addition to the movie industry technology.

Disney and Pixar kept playing with the CGI techniques to make the experience for the audience more engaging. Recently, the industry has embraced another breakthrough technology, Faceshift, which is now acquired by Apple. The latest addition to the Star Wars series, The Bad Batch, uses Faceshift technology for an improved experience.

Do you know Netflix wasn’t originally an OTT platform? Founded by Reed Hastings and Marc Randolph in 1997, it started as a DVD-by-mail rental concept. It later shifted to streaming on-video demand concept and led the video content distribution network.

The comfort of bundling subscriptions initially attracted the consumers, but now Netflix pro-actively creates original content. Also, with the pandemic in the picture, the production houses have joined hands to develop preferential content for the audience.

The changing dynamics of movie production have certainly given a big thumbs up to finite web series and multiple sequels. Additionally, the oh-I-am-glued-to-the-couch factor has pushed in the OTT demand. This is all thanks to technology!

The future is bright. As we saw, technology is said to have the most profound impact on the progress of the movie industry. The medium in the digital mode is expected to move with a speedy innovation than ever before. Therefore, the film industry must not only adapt to these new technologies but also fix the long-withstanding loopholes like piracy.

How to Run Your Business from Anywhere in the World 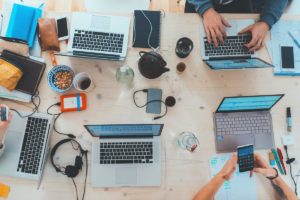 Kinds of Digital Content and When to Use Them Effectively 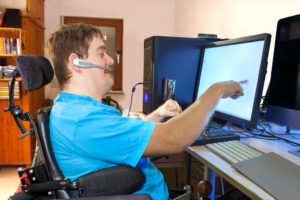 How Technology Can Help Differently-abled People Live a Normal Life 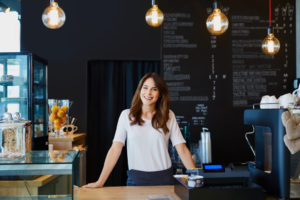 Innovation for Business Owners: A Quicker Route to Success